Customers spend long hours in the salon so I want to make it as comfortable and enjoyable as possible. 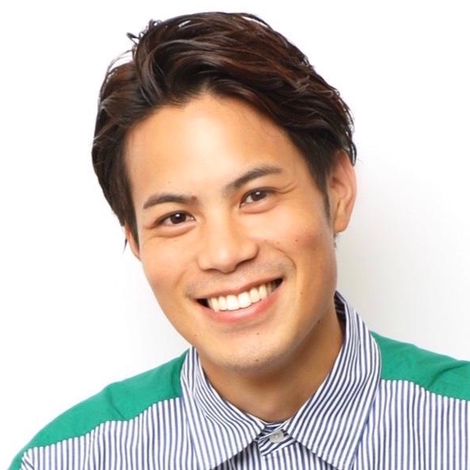 Usually we'll tell you not to judge a book by its cover, but Sho really is as friendly and chill as he looks. He's a friendly, hardworking and eager stylist who continuously learns new things to help customers improve their hairstyle. Even if you are a long-term customer, you'll always get to experience small changes to shake things up. This is all thanks to his curious personality which got him into hairdressing in the first place; Sho started playing around his hair after high school and saw the big difference it made to his image. Wishing to do the same for his customers, he decided to be a stylist.

He worked in various salons in Tokyo for 9 years, including the prominent Peek-a-boo salon, which is best known for their haircuts. This was where he cemented his foundation in haircuts, a possible reason why Sho actually won a nationwide competition for men's haircut in Japan. This got him noticed as magazines after magazines (including the top Japanese beauty magazine HotPepper) started featuring him. Unsurprisingly, he became very sought after, becoming the most popular stylist in his salon. This caught the attention of the bosses of AUBE, who eventually recruited him as a star stylist to join AUBE Singapore.

He has however been in Singapore for only a while, so his command of English still has room for improvement. But if you can look past the language barrier, Sho is possibly the biggest gem you can uncover! His hairstyles are so low maintenance that you can literally wash and wear... and still look amazing! Whether you want a perm, colour or haircut, he will find something that is soft, flattering and long-lasting.

Skill aside, Sho is very outgoing and fun to be around, so we're sure that you'll enjoy your time with him!

10% off All Menu for first visit to Aube Salon