It is not my practice to suggest trending hairstyles just because everyone on the street is wearing it. I will look at the style the customer desires to achieve before recommend the least damaging hair services to achieve the best result. 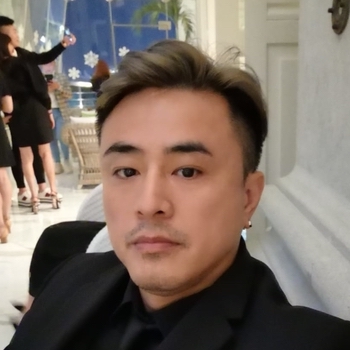 Have you met someone who emanates a naturally compelling presence even without speaking? Edward is one such stylist.

He doesn't boast about his achievements and is not overly chatty but you can feel his confidence in the way he handles your hair and executes the consultation. With 6 years in Kim Robinson and many more in some of Singapore's top salons, Edward certainly has the license to be confident. His works had after all been featured in magazines such as Singapore Tatler, Prestige and even had the chance to style several local celebrities.

Edward counts many investors and bankers as his customers, many of whom like his clean and stylish men's cuts and for ladies, bob and short cuts. Customers appreciate the fact that he never attempts to sell them hair services they didn't request for and instead listens to what they want to give them what they need. His honesty and straightforward personality earned him the trust from his customers, some of whom have followed him for over 10 years!